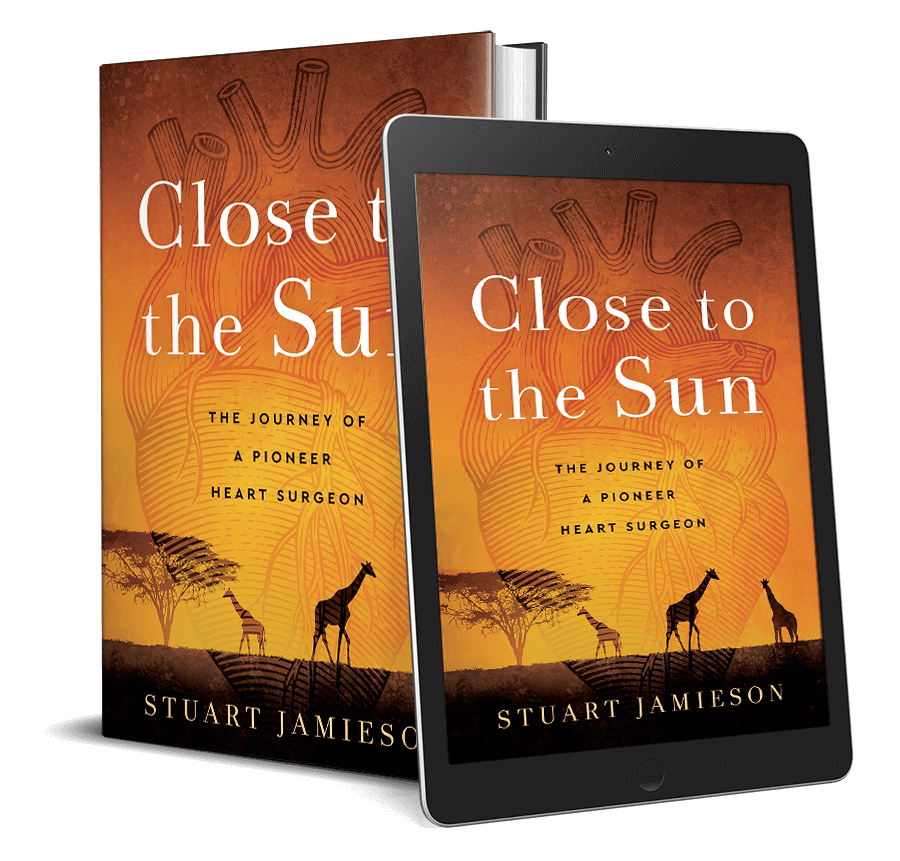 Taut, elegantly written, and ever-attentive to the patients for whom he was the last best chance, Close to the Sun is an adventurous, riveting account based on the experience of over 40,000 heart surgeries, where everything was on the line every moment in the O.R.

Stuart Jamieson has lived two lives. One began in heat and dust. Born to British ex-pats in colonial Africa, Jamieson was sent at the age of eight to a local boarding school, where heartless instructors bullied and tormented their students. In the summers he escaped to fish on crocodile-infested rivers and explore the African bush. As a teenager, an apprenticeship with one of Africa’s most fabled trackers taught Jamieson how to deal with dangerous game and even more dangerous poachers, lessons that would later serve him well in the high-stakes career he chose.

Jamieson’s second life unfolded when he went to London to study medicine during the turbulent 1960s, leaving behind the only home he knew as it descended into revolution. Brilliant and self-assured, Jamieson advanced quickly in the still-new field of open-heart surgery. It was a fraught time. For patients with terminal heart disease, heart transplants were the new hope. But poor outcomes had all but ended the procedure.

In 1978 Jamieson came to America and to Stanford—the only cardiac center in the world doing heart transplants successfully. Here, Jamieson’s pioneering work on the anti-rejection drug cyclosporin would help to make heart transplantation a routine life-saving operation, that is still in practice today as he continues to train the next generation of heart surgeons.

Stuart Jamieson’s story is the story of four decades of advances in heart surgery.

Close to the Sun

The Journey of a Pioneer Heart Surgeon

“... every reader interested in the history behind one of medicine's riskiest procedures will find it fascinating.”

“Even readers who have never heard of cyclosporine or been inside an operating room will relish this account, which is set in Africa, England and the U.S. A well-told story by a man of great accomplishment who is clearly proud—and rightly so.”

“To those of us senior surgeons who witnessed or participated in that golden era, it is priceless.”

“Stuart Jamieson’s life experiences from early childhood to the present have taken me through the gamut of emotions. His roots are in Africa, but his fruition is an All-American story.”

“Stuart Jamieson has written a page-turner.”

“A literary spellbinder that has important implications in geopolitics as well as medical science.”

“A fascinating account of a life full of challenges and achievements, both in cardiac surgery and heart transplantation.”

During holidays, especially in the Rhodesian summer that began in October, my family lived at our vacation house in Chobe. The Chobe River is the major tributary of the Zambezi River, which forms the border between what were then Northern and Southern Rhodesia, now Zambia and Zimbabwe. We fished every day. The best times were in the early mornings or evenings, but we spent most of the day on the water, exploring the river or taking the boats to different parts of Chobe, where we would picnic and watch the animals. Here I am with a tigerfish. 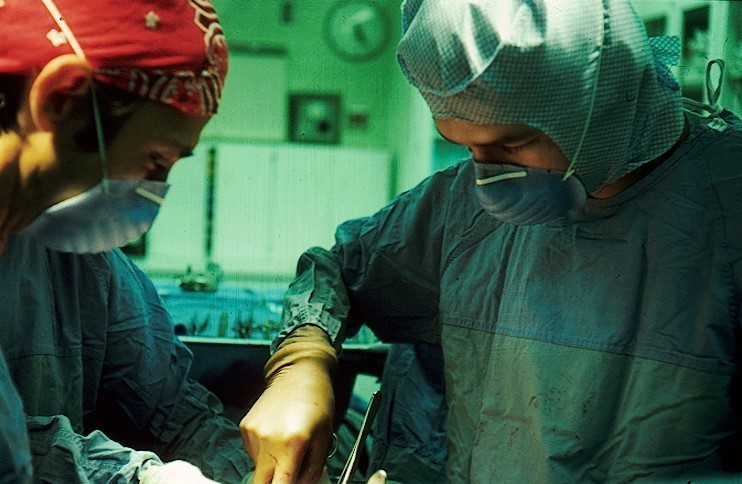 At Stanford, I had been on the clinical service only a few days when I did my first heart transplant, on July 4, 1979. Ed Stinson was the attending on call, and he came in from a Fourth of July party to help me. It was a transformative experience. I took out the swollen, dying heart and dropped it twitching into a bucket. The patient was on bypass. I looked into the empty chest, at a human being without a heart, kept alive by a machine. Nothing I’d ever done matched that moment. Here we are performing that surgery with Ed in his trademark bandana.